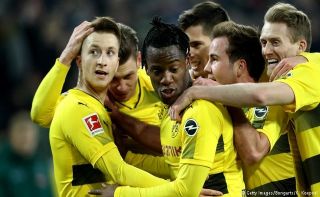 The 28-year-old has had rotten luck when it comes to injuries as he has suffered with several setbacks over the years, but his quality on the pitch can’t be questioned.

He’s bagged 91 goals in 193 appearances for Dortmund since joining the club in 2012, and so it’s no surprise that he’s still able to attract plenty of attention as he remains a top player when fit.

According to The Mirror, Spurs are set to make their move amid uncertainty over his contract situation, given that his current deal expires next summer and it’s claimed that he’s delaying his decision.

That will naturally lead to concern over his future with the Bundesliga giants, and Tottenham could be positioning themselves to take advantage of an exit as it seems like the right time in his career for a new challenge and what better way to test himself than a move to the Premier League.

Pochettino has plenty of attacking talent at his disposal already with Heung-Min Son, Lucas Moura, Christian Eriksen and Dele Alli all capable of playing behind a frontman, but Reus would certainly add another step up in quality if he were to move to north London.

However, the report does deliver some less positive news for Spurs fans too, as it’s added that Victor Wanyama is chasing a new contract but has plenty of interest from outside of the club too.

The 26-year-old has been restricted to just 15 appearances this season due to injury, but he has previously played a key role for Pochettino and he’ll arguably be keen to avoid losing the former Southampton man who provides a defensive solidity in the midfield and a balance in the side.

Nevertheless, it seems as though Tottenham may come under pressure to keep him if they can’t agree on new terms, with several Premier League rivals specifically named in the report as being interested.

‘Happy that he will be with us for one more year’ – Reus in no doubt Man United’s pursuit of Sancho will fail Sep 30 2020, 8:14
Manchester United FC

‘We cannot be complacent now’ – Dortmund striker fires warning ahead of Bundesliga return May 15 2020, 21:56
Borussia Dortmund

‘No better place for him at the moment’ – Jadon Sancho urged to snub exit amid Man Utd talk Apr 9 2020, 8:46
Manchester United FC