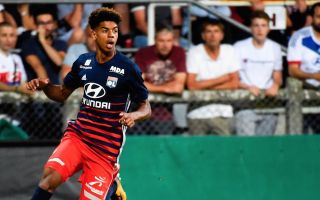 Arsenal have been told they will have to pay £62.5m to secure a deal for teenage star Willem Geubbels from Lyon.

A report from the Sun has stated that the 16-year-old has attracted interest from some of the biggest clubs in Europe, including Arsenal.

Barcelona, Chelsea, Bayern Munich and Manchester City are all also reported to be monitoring the young star.

The report states that Arsenal will have to stump up an audacious £62.5m fee for the star if they want to bring him to the Emirates. Geubbels has been compared to the likes of Karim Benzema and Alexandre Lacazette who both also rose through the same French youth ranks.

The fee has emerged however amid links with a move to AS Monaco for Geubbels with Goal reporting that the colossal price-tag for the star arose upon interest from the French club.

The star is certainly a highly profiled starlet and it’s no surprise that his proposed price-tag has risen to an astronomical fee given interest from so many of Europe’s elite clubs.

Meanwhile, Arsenal will face AC Milan in the Europe League on Thursday in what looks to be a must-win game with the competition likely to be their only chance of qualifying for the Champions League next season after a 3-0 defeat to Manchester City in the Premier League on Thursday night.