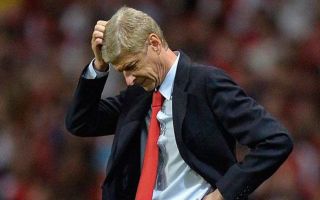 Arsenal take on AC Milan in the Europa League next week, but Arsene Wenger could be missing a key figure for the first leg at the San Siro.

The Gunners are going through a difficult period currently, losing back-to-back games against Manchester City in the League Cup final and Premier League to lead to a fresh wave of scrutiny and criticism for Wenger and his players.

With a 10-point gap between them and fourth-placed Tottenham, it’s beginning to look less and less likely that they will be able to qualify for the Champions League through their league position with just 10 games remaining this season.

The Rossoneri have enjoyed a resurgence in 2018 under Gennaro Gattuso, going 13 games unbeaten and they haven’t conceded a goal in their last 584 minutes of football.

In turn, while they’re on the up, Arsenal have a lot of pressure on their shoulders to deliver a big performance, but Wenger could be without Nacho Monreal for the trip.

As per freelance injury analyst Ben Dinnery in his tweet below, the Spaniard is a doubt for the game due to a back injury and while he will miss this weekend’s clash with Brighton, it’s unclear if he’ll be passed fit in time to face Milan.

Aside from his defensive qualities and leadership at the back, the 31-year-old has been important in front of goal in recent months too as he’s now got five goals and two assists in 28 games this season. As a result, if he is ruled out next week, it will be a major blow for the Gunners.

Nacho Monreal [back] is still missing and faces a race against time to feature in the Europa League in Milan on Thursday. No Lacazette or Santa Cazorla either this weekend. #AFC