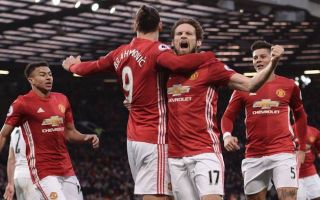 Daley Blind could depart Manchester United despite the club having looked to extend his current deal.

A report from the Mirror has stated that United have extended the Dutchman’s current deal at the club but could still allow Blind to depart Old Trafford despite his contract extension.

The news comes after a period of tricky months for Blind who has considerably slipped out of Jose Mourinho’s plans at United. Blind’s lack of appearances for the Red Devils has also been seriously harmed by a recent ankle injury in previous months.

Blind has always made over 20 Premier League appearances in each season since signing for the Red Devils under Louis van Gaal in 2014.

However, this season has seen the Dutchman make just five appearances with his future looking uncertain at Old Trafford.

Blind signed for United for a fee of £14m in the summer of 2014 after an impressive World Cup campaign with Holland. (Fee per Man United)

Blind was initially bought into Old Trafford as a left-back who could also play in the centre of midfield and he became a favourite under van Gaal.

However, under Mourinho the Dutchman was converted to a makeshift centre-back and has since slowly dropped out of Mourinho’s plans.

Will Blind be waving goodbye to Old Trafford in the summer? And perhaps more importantly – will he even be missed?