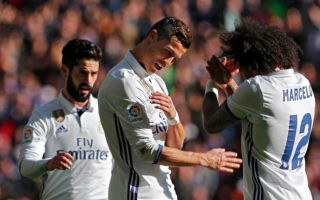 Chelsea have been handed some good news, after reports stating that Real Madrid and Spain midfielder Isco will be allowed to leave the club at the end of the season.

This is according to Spanish news outlet Don Balon, who are reporting that Los Blancos, who currently sit third in La Liga, value the midfielder at €100M, and that all of Chelsea, Man City and Tottenham are interested in the 25-year-old.

Chelsea have been linked with Isco in the past as well as per Don Balon, so this news should be music to the ears for the Blues and their fans.

Since joining Los Blancos nearly five years ago, Isco has managed to establish himself as a regular starter at the Santiago Bernabeu.

In 228 appearances for Zinedine Zidane’s side, the Spaniard has managed to clock up a total of 40 goals and 52 assists, a decent return for a midfielder.

Isco’s best campaign came in the 2016/17 season, as the former Malaga stalwart was able to rack up 10 goals and nine assists in 30 league appearances as the side from the Spanish capital went on to claim their first league title since 2012.

Isco’s insane dribbling ability and keen eye for a pass has seen some label him as one of the most creative and productive attacking midfielders in Europe.

Should Isco be allowed to leave Madrid come the end of the season, it’ll be interesting to see if Chelsea do in fact swoop for the three-time Champions League winner.