Chelsea manager Antonio Conte has given a touching tribute to Fiorentina and Italy defender Davide Astori, who sadly passed away on Sunday aged just 31.

Speaking to Sky Sports before his side’s clash against Man City at the Etihad in the Premier League today, Conte was asked about Astori’s passing, a player who he managed during his time with the Italian national side. 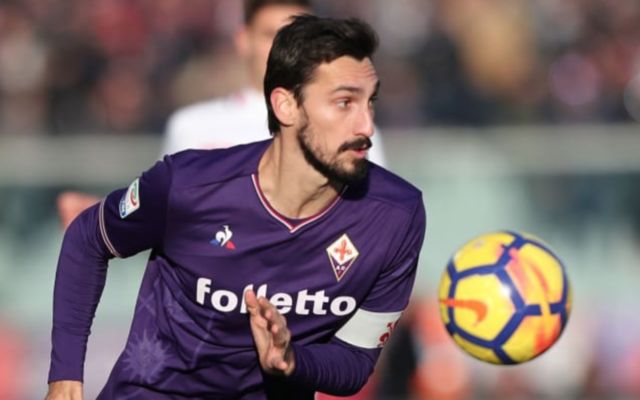 According to the Guardian, Astori was in a hotel with his Fiorentina teammates when he passed away, with their match against Udinese postponed until further notice.

Astori managed to have a successful career before his passing, with the Italian making a total of 322 appearances throughout his time, a total with includes 15 caps for the Italian national side.

Astori played for esteemed clubs such as Cagliari, Roma and Fiorentina during his career, however he failed to win a trophy with any of them.

Astori was essentially a centre-back, however on occasion he was deployed as a left back when needed to, he will be sorely missed.