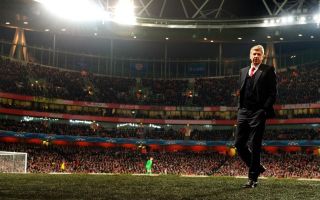 Since we’re all finally in agreement that Arsene Wenger needs to do the gracious thing and step down as Arsenal manager, a new debate is doing the rounds about whether or not he’s tarnished his legacy by staying on this long in the first place.

As a long-suffering Arsenal fan, I may well just be providing evidence for the fact that he has in fact ruined his reputation with Gooners forever, because in many ways I feel the last ten years or more have not been an example of a legacy ruined, but merely proof that Wenger wasn’t actually all that good in the first place.

Perhaps some are starting to wise up to this fact, with Graeme Souness putting it neatly last week: ‘Wenger’s been there 22 years and only won three leagues and seven FA Cups. It’s totally wrong to compare him with Fergie at Manchester United because he’s not in the same league when it comes to silverware.’

Wenger vs Ferguson – it’s no contest

And yet, most pundits will continue to compare him with the great Sir Alex Ferguson even though the pair are miles apart. Yes, their early contests were as thrilling as they were intriguing and set up one of the great Premier League rivalries, but from 2005 onwards it became remarkably one-sided and a stark reflection of how Wenger’s initially innovative methods had not in fact led him to knock Ferguson permanently off his perch, but merely inspire him to knock Wenger back off it again in brutal fashion.

The Frenchman is rightly lauded for revolutionising certain aspects of the English game when he joined Arsenal in 1996. As is well documented, the Premier League was a very different place back then and both foreign players and managers remained a relative rarity compared with today.

Wenger – simply a man in the right place at the right time?

While it seems harsh to downplay Wenger’s contribution to Premier League football, it’s fair to say with hindsight that he now looks more like a fortunate first outsider to be given access to a blank canvass. Had Gerard Houllier or Claudio Ranieri been the right man at the right time they too could well have made such an impact with what to us seemed innovative and new but to what was fairly standard to the rest of Europe.

Once praised with introducing English football to these new ideas, it seems Wenger himself has had none of his own since then, with his work since imitated and improved on by nearly every rival he’s come up against. Manchester City have no doubt been superb this season, but they played Arsenal off the park just five days apart with what is essentially a modern upgrade of the kind of fast, possession-based attacking football Wenger first introduced us to in the late 90s. How in 22 years at Arsenal he could have no answer to that is quite astonishing.

Even forgetting Arsenal’s decline over the last decade, there’s also a case so often overlooked that Wenger should have won far more with the squad he did have between 1998 and 2005; even Arsenal’s incredible ‘Invincible’ season now masks the fact that, at the time, they were being rightly tipped for the treble and messed up the opportunity with quickfire defeats to one of the worst Manchester United sides under Ferguson in the FA Cup semi-final and then a Champions League loss to a Chelsea side yet to appoint Jose Mourinho and find its mojo under the ownership of Roman Abramovich.

A lack of investment also meant Arsenal put up a pretty feeble fight to retain their title the following year, even if Mourinho’s Chelsea were pretty exceptional. Defensive stalwarts such as Tony Adams and Martin Keown – whom Wenger barely needed to coach, such was their understanding after years of drilling under George Graham – left in quick succession and were never really replaced. The remarkable opportunity seized to sign Sol Campbell on a free transfer that looked a work of genius at the time has arguably never been repeated and now looks a glorious one-off.

There are other slip-ups too numerous to mention even in a side built around Patrick Vieira, Dennis Bergkamp and Thierry Henry at their peaks – the 2000 UEFA Cup final defeat on penalties, the 2001 FA Cup final surrendered to Michael Owen and Liverpool in the closing stages, a five-point lead at the top of the table thrown away in 2002/03.

Looking back at that world class squad Wenger had at his disposal for so long, aided by the edge he had in the knowledge of the European transfer market and, by today’s standards, a lack of much competition in the Premier League, there is the growing sense that some of the best managers of today and yesterday who have either achieved success with less talent (Ferguson, Antonio Conte) or those working with similarly star-studded squads who simply demand relentlessly high standards and hunger for success (Mourinho, Pep Guardiola), would have got far more out of those Arsenal sides than Wenger ever did.

Call that a view that comes from Wenger’s legacy being tarnished with this particular Arsenal fan if you like, or call it over a decade of under-achievement showing that legacy to be what it really was – the falsest of dawns.