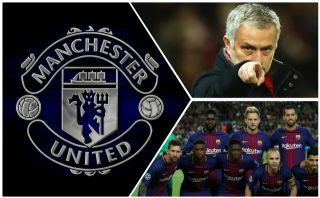 Manchester United take on Crystal Palace in the Premier League this evening, but before that it’s time to have a scan around at the latest Man Utd transfer gossip from around the web.

Jose Mourinho has been among the busiest managers in Europe in recent transfer windows, and there’s no sign that his spending is about to stop.

Still, some big names could also be on the way out, and here’s your brief round-up of the potential ins and outs at Old Trafford…

Manchester United reportedly face competition from Manchester City in their battle to seal the signature of Fulham wonderkid Ryan Sessegnon, according to the Daily Mirror.

The teenage left-back is valued at around £40million by the Championship club and could be on the move even if they win promotion to the Premier League this season.

Sessegnon looks one of the elite talents in the country right now and could have an important role to play at Old Trafford due to Mourinho continuing to rotate between Ashley Young and Luke Shaw as he seeks an upgrade at left-back.

The Spanish giants are desperate once again to sign the 27-year-old shot-stopper as they seek a big-name replacement for current number one Keylor Navas.

Reports elsewhere claim United have offered De Gea a huge new contract, so it could all be in vain as Real step up their efforts to try and get this deal done.

The France international’s current contract at Barca contains a £53m buy-out clause, and their FFP troubles mean they’re currently unable to offer him a new deal on the terms he wants.

Chelsea have also been linked, but with the Blues currently due to drop out of the top four, United hold a major advantage in the battle to sign Umtiti in a much-needed boost to strengthen their centre-back options.