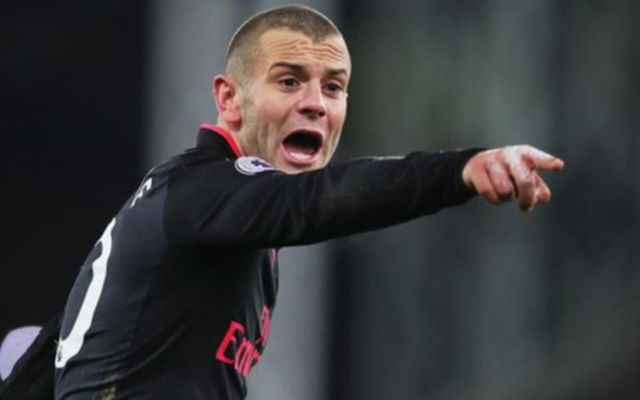 Arsenal midfielder Jack Wilshere has sent a passionate plea to the club’s supporters to continue to back the team through a difficult period.

The Gunners have now won just one of their last six games in all competitions, losing the other five, which included the Carabao Cup final to Manchester City while they’ve now slipped 13 points adrift of the top four in the Premier League.

Add to that they face an in-form AC Milan in the Europa League over the next week or so, and it paints a pretty grim picture for Arsene Wenger and his players.

With hopes of salvaging something from the season by winning the Europa League to gain a pathway back to Europe’s top table next season, it remains to be seen whether or not it comes to fruition.

For Wilshere, he has asked supporters to stick with the players as they battle on and try to get out of this rotten run of form, starting on Thursday at the San Siro.

As seen in his tweet below, the 26-year-old has apologised to the Gunners faithful, and is hopeful that the supporters will ‘stick with us’.

It’s all well and good saying the right things on social media, but Arsenal fans will surely now only respond to results on the pitch.

If the players and Wenger give them something to get behind, they will do so. Right now though, even for the most ardent of Arsenal supporters, it has to be difficult to cope with the misery of what threatens to be yet another underwhelming campaign.

I’m sorry to the gooners out there. You deserve better. Thats all i have to say. I know its difficult at the moment in this difficult period we are going through as a team but we need you. We will do better but please stick with us ? pic.twitter.com/UTsCdXkQmB