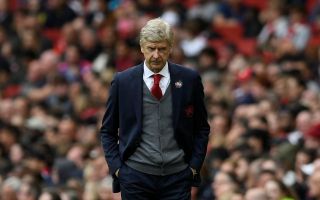 Arsenal players are reportedly not keen on the prospect of Manchester City coach Mikel Arteta returning to the Emirates Stadium to replace Arsene Wenger as Gunners boss.

This follows a report from the Daily Mirror that Wenger’s preferred choice to succeed him in the Arsenal hot seat would be former midfielder and club captain, as he believes it would improve his chances of staying on at the club in some capacity.

Still, it seems this would not be popular with the playing squad at the Emirates, with the Sun claiming Arteta is not too popular at the club due to being perceived as arrogant from his time there as a player.

This would likely come as a surprise to those outside the game, with Arteta so often coming across as a model professional in interviews and with the way he conducted himself on the pitch.

The Spaniard looks to have a promising career in management, having worked alongside Guardiola at City and with the Mirror also suggesting he could be a target for the Everton job if Sam Allardyce leaves.

However, with things going so badly under Wenger right now it is also not too surprising to learn that the players may want a clean break from the Frenchman and not see his replacement cherry-picked by him.