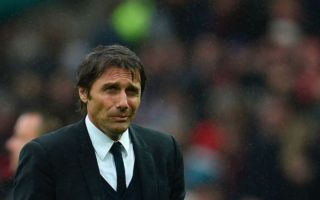 Chelsea defender David Luiz is set to miss the Blues’ crucial clashes against both Barcelona and Spurs due to injury.

This is according tot the Daily Mail, who are reporting that Luiz, who joined the club for £34M from PSG in 2016 as per BBC, is to be out injured for the next fours weeks, meaning that he’s set to sit out the matches against the Blaugrana and their London rivals.

The news outlet are also stating that the Brazilian has seen a specialist in Barcelona for his injury, and that the player hasn’t appeared for the west London side since their defeat to Watford earlier this year.

Since rejoining the club from French giants PSG last summer, Luiz’s second spell at Stamford Bridge has been one that contains both highs and lows.

Luiz played a big part in Antonio Conte’s side securing their fifth Premier League title last season, as the Italian decision to deploy the player as a sweeper alongside Gary Cahill and Cesar Azpilicueta went a long way to helping the Blues finish atop of the Premier League table.

So far this season, things have been a bit worse for the Benfica star, as injuries have meant that the defender has only been able to make a total of 1o appearances in the league, a number that is dwarfed by the 33 he was able to make last season.

Following this news, it remains to be seen how the Blues and boss Conte will cope knowing that they won’t have Luiz to call upon should things go south in their matches against Spurs and Barca.