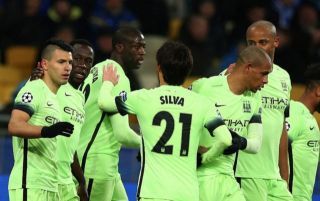 The home side took the lead thanks to Brazilian Gabriel Jesus’ first goal of 2018, however they were quickly pegged back by the Swiss side thanks to a goal from forward Elyounoussi.

The away side then found their way in front thanks to a fine strike from wing-back Michael Lang, as Pep Guardiola oversaw just his second defeat at the Etihad since taking over as manager.

Fans certainly weren’t happy with Ivorian Toure’s performance against the Swiss giants, as they took to social media during and after the game to slate the former Barcelona star for his display tonight.

This season, the midfielder has found his first team chances very limited under Guardiola, with the 34-year-old only managing to clock up 13 appearances in all competitions, meaning that he may have been quite rusty going into tonight match.

Here are a few select tweets from fans slating the Ivorian international for his performance this evening.

Toure looked like he didn’t want to be on the pitch.

Zinchenko was very poor, as was Laporte.

Poor performance, but it meant nothing in reality. No need to analyze it. Tie was over before the game. Sad to see Toure like that as well. He's finished.

No desire to win this game, Zinchenko, Touré, Laporte and Bravo have been really poor. Does bravo ever really save anything.

We’ve played more back passes than through passes tonight. Toure’s game has been awful. https://t.co/8ZDiXdnrvQ

We werw awful, no urgency at all any team left in the competition will take us apart. Toure is finished he slows the game down every time he gets the ball.

Yaya Toure reveals the Manchester United ace who was ‘complicated’ to play against Nov 19 2019, 13:36
Manchester City

Video: Is this how his career ends? Yaya Toure sent off after 10 SECONDS during his Chinese farewell Nov 2 2019, 11:45
Manchester City