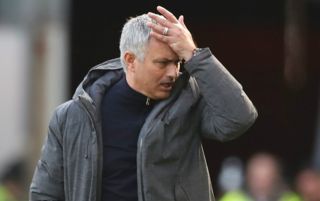 Man United are yet to offer Spanish superstar David De Gea  a new deal to keep him at Old Trafford for longer amid interest from La Liga giants Real Madrid.

This is according to Yahoo Sports, who are stating that the Spanish international is yet to be offered a new contract by the club and that the shot-stopper has attracted interest from Zinedine Zidane’s side once again.

The news outlet are also reporting that the player’s representatives are eager to secure a new deal for the former Atletico Madrid ace, and that their delay in offering him a new deal has lead to Madrid reigniting their interest in him.

When De Gea first moved to the Premier League, the Spanish international often came under heavy criticism from fans and pundits for his proneness to making mistakes.

However nowadays, the United shot-stopper is the exact opposite, with the 27-year-old rarely ever making a mistake and is ever-reliable, something that has seen some label him as the best in the world.

Since his arrival from Atletico Madrid, the ‘keeper has managed to keep a total of 115 clean sheets in 304 appearances, meaning that he shut outs the opposition at an average of more than once every three games.

The Red Devils ace’s fantastic reactions and all-round goalkeeping ability has seen him declared by many as one of the best goalkeepers the Premier League has ever seen, and for good reason.

Should United keeping pushing back De Gea’s new deal, it’ll be interesting to see if Real Madrid end up swooping in for the Spaniard.