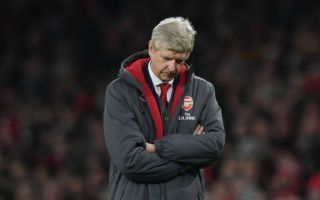 Arsenal take on AC Milan in the first leg of their Europa League last-16 tie on Thursday night, and they’ll do so without Hector Bellerin.

The Gunners have been in desperately poor form in recent weeks, losing their last four games in all competitions as they take on an in-form Milan side who are unbeaten in their last 13.

As a result, a trip to the San Siro couldn’t have come at a worse time, and Arsene Wenger will now have the additional headache of a reshuffle in his backline, as per The Sun.

It’s claimed that despite training on Wednesday as normal as part of the group, Bellerin hasn’t travelled with his teammates after picking up a knee problem.

Further, the ongoing issue could require surgery and so the 22-year-old may be set for an extended period on the sidelines which will be a blow for Arsenal if that turns out to be the case.

In truth, the Spaniard hasn’t been in great form this season as he has undoubtedly suffered a dip both in terms of his defensive solidity and impact in an attacking sense.

While his pace can make the difference in both aspects of the game, his all-round contribution hasn’t been as influential as it has been in previous campaigns.

Having been dropped against Brighton last weekend, he would likely have been eager to get back on the pitch and silence his critics, but instead, it would seem as though Arsenal fear that they could be without Bellerin for some time depending on the severity of the injury.

From a Milan perspective, it could be an area that they now try to exploit. Calum Chambers is likely to step in at right-back, as he has done on numerous occasions this season, and he has looked far from steady in that role, as seen again on Sunday in the defeat to Brighton.

In turn, it really is a bitter blow for Arsenal in their hopes of advancing to the next round and one they could certainly have done without as they look to get back on track. 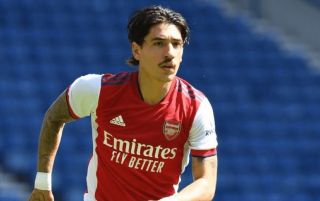 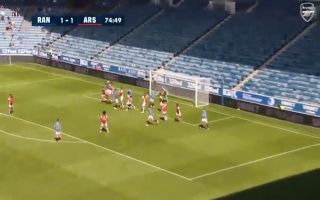 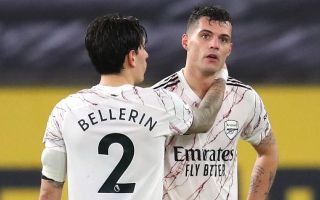