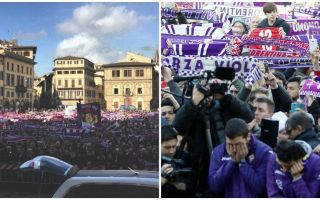 Football was rocked last weekend by the tragic news of the passing of Fiorentina captain and Italy international Davide Astori.

The 31-year-old was found dead in his hotel room on Sunday, as per BBC Sport, with all Italian football matches scheduled for later that day postponed as a mark of respect.

On Thursday, a service was held for fans, players, coaches and many others to pay respects to the Italian, and as seen in the images and videos below, Fiorentina supporters and many familiar faces turned out in their numbers to show just how much he meant to so many people.

Fans weren’t allowed inside the Basilica di Santa Croce, but they lined the streets outside to show their respects as they all remember Astori who so sadly passed away at such a young age and in such shocking circumstances.

Astori came through the youth ranks at AC Milan before enjoying spells at Cagliari, Roma and Fiorentina, making 377 appearances in his career while also playing 14 times for Italy.

Former teammates and fans around the world have been showing their sadness and respects since the weekend, with a minute’s silence being held before all Champions League games this week.

Allegri & the Juventus players arriving at Davide Astori’s funeral in Florence to applause from the Fiorentina fans. Emotional scenes. pic.twitter.com/TGild2Jndk

This is what Davide Astori meant to the people of Florence and Italy. What an incredible tribute. RIP ? pic.twitter.com/JZ0pXsQAsq

An estimated 7,000 #Fiorentina fans have gathered outside the Basilica di Santa Croce to pay their last respects to captain Davide Astori. #DA13 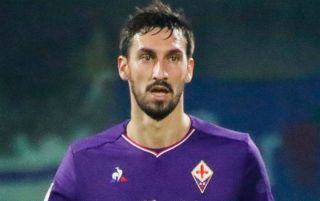 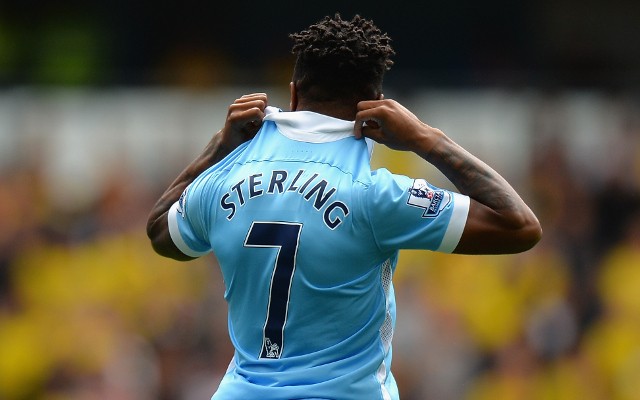