PSG are reportedly planning another major statement move in the transfer market after their Champions League exit to Real Madrid this week.

Sources in Spain claim the French giants are targeting a raid on Barcelona yet again after signing Neymar last summer, with Sergio Busquets now their main man on their agenda.

According to Don Balon, PSG are ready to pay big money, around £133million, for the Spain international to shore up their defensive midfield.

This could be a useful signing to provide the platform on which attacking stars like Neymar and Kylian Mbappe can shine, with the team arguably a little unbalanced at the moment.

There could also be some cause for concern over the future of star midfielder Marco Verratti at the Parc des Princes, with CaughtOffside revealing this week that the Italy international has become a top summer transfer target for Manchester United manager Jose Mourinho. 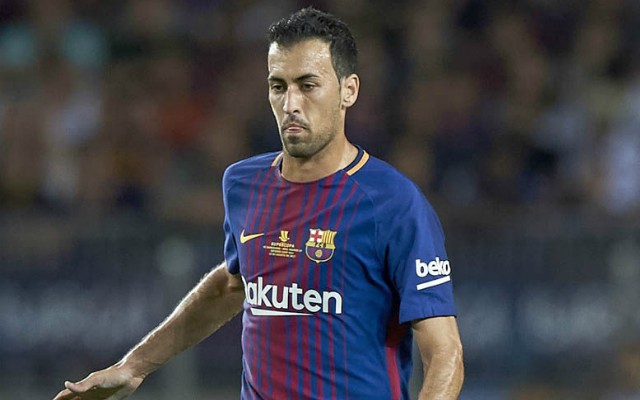 Barcelona midfielder Sergio Busquets is a transfer target for PSG

Busquets could go some way to replacing Verratti in the middle of the park, and would arguably represent more the kind of player they need in front of their back four anyway.

Still, Don Balon report that Barcelona are absolutely not willing to consider selling such an important player, so it remains to be seen if PSG can repeat their old tricks again this year after successfully poaching Neymar last time.