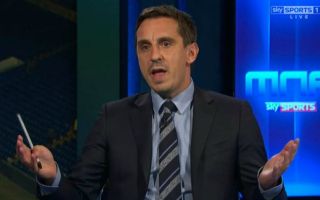 Manchester United legend Gary Neville has laid down the gauntlet to manager Jose Mourinho ahead of this weekend’s big game against Liverpool.

Speaking in no uncertain terms about what is expected from United in this clash, the former Red Devils right-back told Mourinho that not playing to win in this famous old grudge match would not be acceptable.

Neville spent his entire playing career with United and played a key role in helping the club to one of the most successful periods in its history under Sir Alex Ferguson.

Things have not been the same since Ferguson’s retirement in 2013, with Mourinho often criticised for not getting the team to truly play the United way.

The Portuguese is known for being a cautious and defensive manager, but Neville has warned him that that will not go down well in a home match against rivals Liverpool.

‘What I’d like to see is a controlled approach in the first half and then a clear intent to win the game in the second half,’ Neville told Sky Sports. 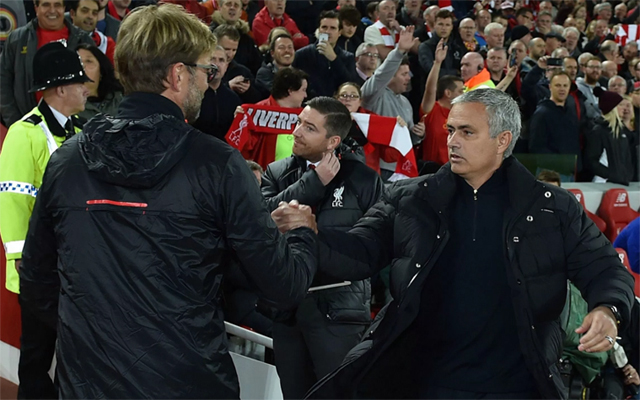 ‘The idea that it could be like the last meeting at Anfield, I would not accept that. They can never be boring in big games at Old Trafford. That does not necessarily mean goals but being passionate, intense, physical and fighting to win the game.

‘I said after the last meeting it was not acceptable and it is about showing intent to win the game, which they can do more and more as the game goes on against Liverpool.’

United do look to be finding form at the right time, having beaten Chelsea and Crystal Palace in impressive fashion in their last two league games.