Manchester United are reportedly ahead of Chelsea in the running to seal the transfer of Borussia Dortmund defender Sokratis Papastathopoulos.

The Greece international has been a solid performer for Dortmund down the years, and Jose Mourinho is an admirer as he looks to strengthen his defence this summer, according to the Daily Mirror.

Sokratis, 29, could be a fine partner for Eric Bailly at the back for United, but the Mirror claim Chelsea have also been keeping an eye on the player ahead of the summer.

They too could do with upgrades on struggling performers like Gary Cahill and David Luiz, who have looked past their best this season, while Antonio Rudiger has been a little slow to adjust since joining from Roma. 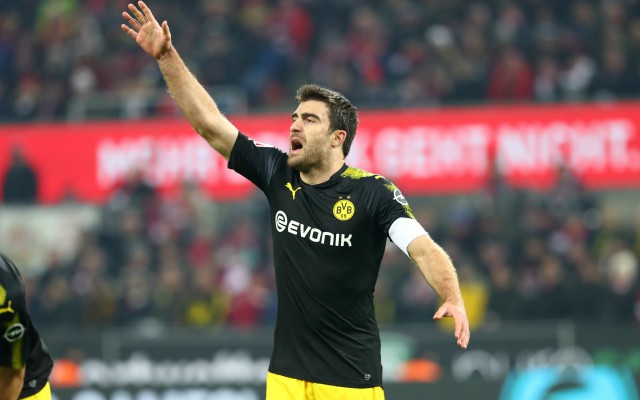 Sokratis to Manchester United or Chelsea this summer?

United, however, seem to be his most likely destination for the moment if the Mirror are to be believed, and it certainly looks tempting business for Mourinho.

The report states Sokratis could be on the move for as little as £20million, which looks a bargain for a solid and experienced performer who looks ready-made for the rigours of Premier League football.