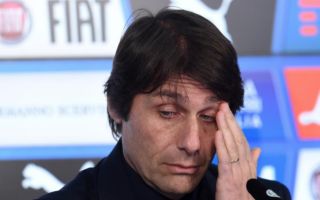 Chelsea fans have taken to social media to vent their anger at Antonio Conte starting Olivier Giroud over Alvaro Morata for their match against Crystal Palace this afternoon.

The former Juventus manager has elected to start the Frenchman over Morata for his side’s clash against the Eagles this afternoon, and some fans aren’t very happy about it and have expressed their fury on social media.

Chelsea need to beat Roy Hodgson’s side today to keep up their hopes of securing a top four finish come the end of the season.

The Blues will be looking to avoid a repeat of what happened when the two sides met earlier in the season, as the Eagles came out 2-1 winners to secure their first league victory of the season.

Before the match, fans took to Twitter to show their frustrations at Conte’s decision to start Giroud over the former Real Madrid star, as they look to close the gap on fourth place Spurs in the Premier League table.

Here are a few tweets from fans slating Conte’s decision to hand Giroud a start this afternoon.

Starting Giroud ahead of Morata makes no sense, Giroud has got no feet, he only gat his head…… https://t.co/UlIbuGruBG

What the hell is going On#chelsea ..why should Giroud start ahead of Morata, is ridiculous.. 70mp /18mp look at d difference..so ? sad

Why is Conte starting Giroud and not Morata?