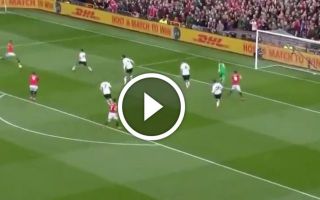 Man Utd made a dream start to their clash with Liverpool at Old Trafford on Saturday, as an early Marcus Rashford double put them up against their rivals.

The 20-year-old scored his first goal after just 14 minutes, and was on the mark just 10 minutes later with another calm and composed finish.

His first was a simply brilliant curling finish to beat Loris Karius, where as this one just needed a focused head to find the gap after some good physical play from Romelu Lukaku.

United are in a strong position at half-time, and they’ll hope that they can now see the job out and secure all three points with Virgil van Dijk showing at 1-0 that Liverpool will have their chances and can still be a threat to them.

AND RASHFORD WITH ANOTHER FINISH!!! ?? pic.twitter.com/XtzRmbFoCL