Barcelona have been rocked by some worrying transfer news from star defender Samuel Umtiti as he informs them of interest from Real Madrid.

The Catalan giants won’t want to lose the France international to one of their biggest rivals, but may run that risk as they struggle to tie him down to a new contract.

According to Don Balon, Umtiti informing them of an offer from Real has sparked them into life somewhat, as he could seemingly be tempted to join Los Blancos over other rumoured suitors.

Another recent report from Don Balon linked Umtiti as being in talks over a move to Manchester United, though a more recent piece, also from Don Balon, claimed Chelsea could be interested in him if they appoint Luis Enrique as their next manager. 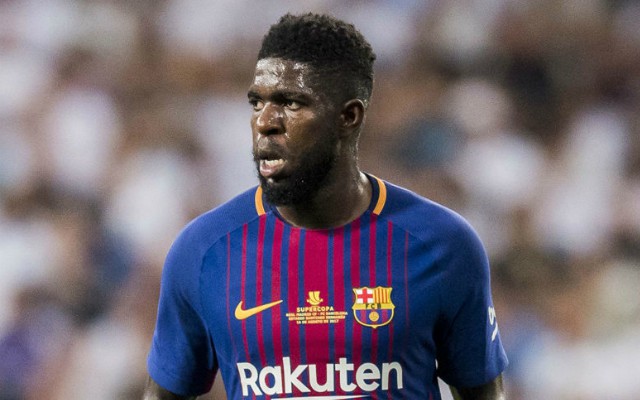 Umtiti, 24, has risen to become one of the finest centre-backs in Europe during his time at the Nou Camp and there’s no question he could be a great signing for Madrid if they could pull it off.

Barca, however, will surely do all they can to ensure that doesn’t happen as their fans would give them hell over losing such an important player to their biggest rivals.