Chelsea managerial target Luis Enrique has reportedly let slip that his move to replace Antonio Conte at Stamford Bridge is ‘practically’ done, according to sources in Spain.

The former Barcelona boss is said to have been contacted by his former player Neymar about the possibility of taking the Paris Saint-Germain job, but he’s told him it’s not happening, according to Don Balon.

The report states that Enrique has in fact informed Neymar that a deal for him to take the reins at Chelsea is ‘practically’ done, in a move that could excite large sections of Blues supporters.

Chelsea have looked far less convincing in their second season under Antonio Conte, despite the Italian working wonders to guide them to the Premier League title last season. 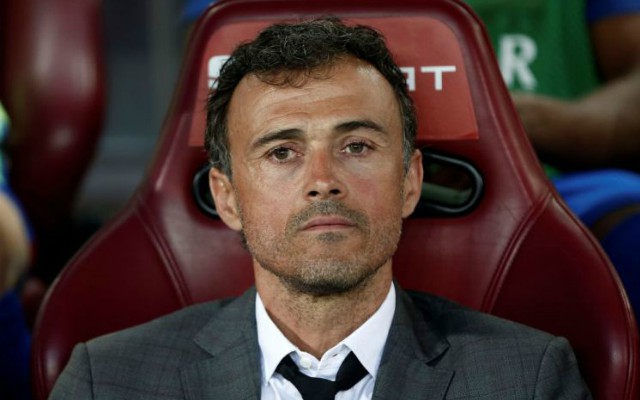 Conte now seems to have lost his touch and it may be time for a change for Chelsea, with Enrique looking a strong candidate after his fine work at Barcelona.

The Spanish tactician won the treble in his first year in charge at Barca, and led the club to a La Liga title win again the following year, playing an attractive brand of attacking football that would go down well in west London.