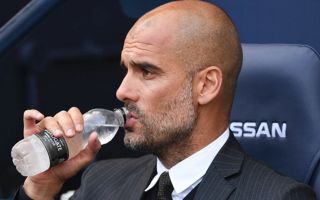 Manchester City’s win over Stoke City tonight put them on 81 points for the season as they remain on course for a comfortable Premier League title victory.

In fact, City have been so good this season that their current points tally puts them above the totals achieved by five previous title winners – four of those their bitter rivals Manchester United.

Pep Guardiola’s side could go as high as 105 points if they win all their remaining games, which would smash the previous record of 95 points set by Chelsea in 2004/05.

Even without winning all their games, City can quite easily eclipse that total and become the first team in the Premier League era to break the 100-point barrier, which would also be incredibly impressive.

For now, however, City will have to make do with already being better than four Manchester United title-winning sides, including the 1998/99 treble-winning team that finished on just 79 points.

Of course, Guardiola’s men can break all the points records they like but will surely not go down in history like that memorable United side unless they pick up the Champions League title this term as well.

That would mean, despite dropping out of the FA Cup in a shock recent upset at the hands of Wigan, that they too could claim a treble of sorts this season, having beaten Arsenal in the Carabao Cup final.