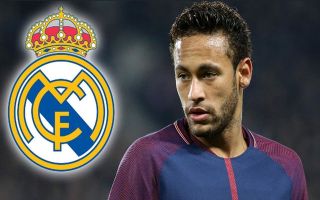 We’re still well short of a year since Neymar joined Paris Saint-Germain, but speculation continues to link him with a move Real Madrid.

The 26-year-old has adapted well to life in the French capital, scoring 29 goals and providing 19 assists in 30 appearances in all competitions.

While he’s currently sidelined by injury and desperate to ensure he returns for the World Cup this summer, the Brazilian international reportedly wants his club future sorted out before then too.

As per Sport, he is said to have told his father to move forward with talks with Real Madrid, as he wants a move to the Bernabeu secured before the showpiece event in Russia this summer.

If true, it will be a huge disappointment for PSG, particularly having splashed out a whopping €222m for him last summer, as noted by BBC Sport, and so at the very least they’ll surely want to recoup their outlay for the former Barcelona superstar.

It comes after further failure in the Champions League last week, and so perhaps with a view of taking part in the major games in Spain again and competing for major honours, Neymar really is seeking a move to the Bernabeu to achieve his ambitions.

The World Cup gets underway on June 14, with PSG’s last fixture of the season coming on May 19. Coupled with the concern and focus on his recovery from injury, it seems like it could be a very busy few months for Neymar and his family if he does indeed want a move back to Spain, with this reported deadline in mind.

With Cristiano Ronaldo turning 33 last month, coupled with Gareth Bale’s injury record and Karim Benzema’s poor goalscoring form this season which has seen him score just eight goals in 33 outings, reinforcements are certainly needed at Real Madrid in the attacking third with a long-term plan in mind and Neymar would tick that box.