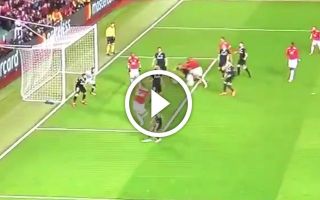 Man Utd fell 2-0 down at Sevilla in the Champions League at Old Trafford, before Romelu Lukaku grabbed his fifth goal in the competition this season.

It was a nightmare evening for the Red Devils, as they returned to Manchester following a goalless draw in the first leg in Spain.

With the tie finely poised, they simply didn’t show up as they weren’t a threat to a pretty ordinary Sevilla side who also lacked quality throughout.

Nevertheless, substitute Yissam Ben Yedder came on in the second half to grab two away goals and that was enough to dump Man Utd out of the competition despite a late consolation effort from Lukaku.

From the highs of beating Liverpool at the weekend to the lows of crashing out of the Champions League, all the space of a few days…