Arsenal are reportedly ready to pay £53million to seal the transfer of Real Madrid midfielder Luka Modric as he feels now is the time to leave the Bernabeu.

The Gunners could certainly do with strengthening in the middle of the park, and Arsene Wenger has identified the Croatia international as the ideal candidate, according to Don Balon.

Modric has shone at the top level for both Tottenham and Madrid for much of the last decade now, and he seems keen to try a new challenge after a demanding time in Spain.

Playing for one of Europe’s biggest and most ambitious clubs would undoubtedly take its toll on a player, and Don Balon suggest Modric is now keen for a change at this late stage in his career.

The 32-year-old is expected to have other offers as well, though it seems Arsenal are showing the strongest interest in him at this time. 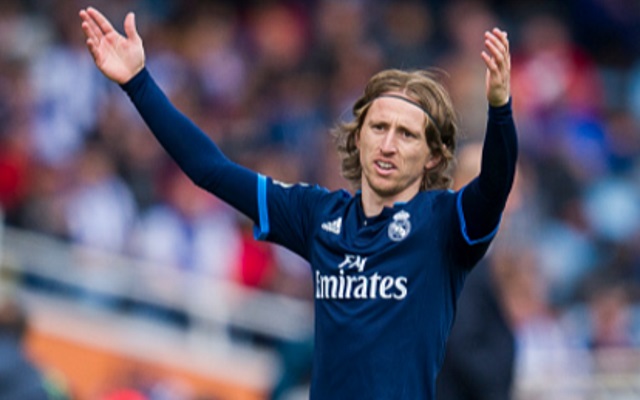 Luka Modric is being linked as a transfer target for Arsenal

Wenger’s side urgently need to bring in an upgrade on players like Granit Xhaka and Aaron Ramsey in midfield, while Jack Wilshere is heading towards the end of his contract at the Emirates Stadium.

Although Modric would not be a long-term solution, he could be an ideal short-term buy to ease the side’s problems in an important position.

Having won three Champions League titles during his time in Madrid, he’d also provide valuable experience to an Arsenal side largely filled with players who’ve not tasted much success in recent years.