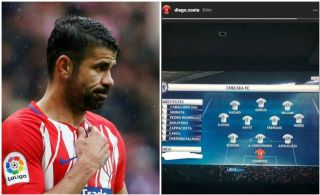 The Spain international, who formally completed his move away from Stamford Bridge back to Atletico Madrid in January, certainly left the club with his relationship with former manager Antonio Conte damaged.

MORE: Arsenal ace tweets message to Barcelona star after goal vs Chelsea and Gunners fans are loving it

It was widely acknowledged that things ended badly between the pair as Conte informed Costa via text message that he planned not to use him beyond the end of last season.

Chelsea ended up signing Alvaro Morata as Costa’s replacement before they’d actually sorted out selling him, with the 29-year-old banished from the first-team at the start of the season. 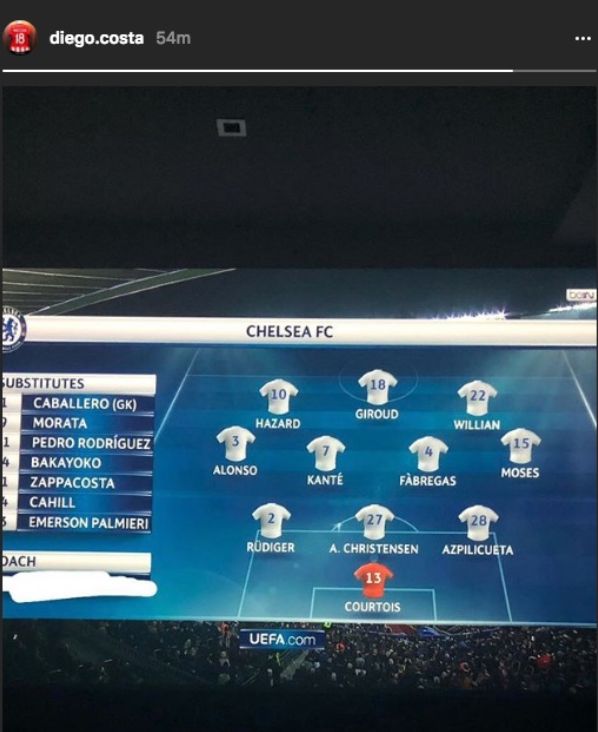 Diego Costa took this dig at Antonio Conte on Instagram

Tonight, Costa has shown just how much resentment he feels towards Conte, as he uploaded an image of himself following the Barcelona game, but crossed out Conte’s name.

A number of Chelsea fans noticed this and reacted with the bafflement and amusement you’d expect.

Love him or hate him, Costa is certainly a big character who wears his heat on his sleeve and knows how to get a reaction…

Diego Costa is so salty