Chelsea are reportedly keeping an eye on Arsenal midfielder Aaron Ramsey amid delays over him signing a new contract at the Emirates Stadium.

The Wales international has been a key player for the Gunners in nearly ten years at the club, but his current deal is due to expire at the end of next season.

Arsenal won’t want to lose an influential player like Ramsey to a rival, but the Daily Mirror claim Chelsea could be shock suitors for the 27-year-old.

This follows the Blues poaching Olivier Giroud from Arsenal in January, with big-name players moving between rivals looking all the more commonplace these days.

Ramsey could well be next to make such a move, with the Mirror reporting that Chelsea are looking to strengthen in a number of areas after a disappointing season. 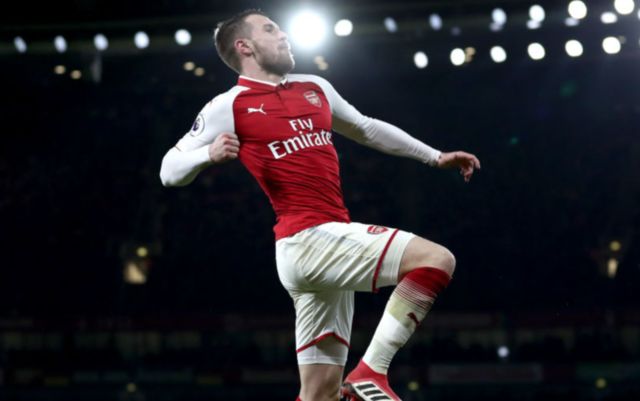 Aaron Ramsey could leave Arsenal for a transfer to Chelsea

Midfield is mentioned as a possible area of priority after the poor form of Danny Drinkwater, Ross Barkley and particularly £40million man Tiemoue Bakayoko in that part of the pitch.

Chelsea fans may want to see their club aim a little higher than a player of Ramsey’s calibre, but he’s shown when fit and used in his best position that he’s up there with the best in the Premier League.