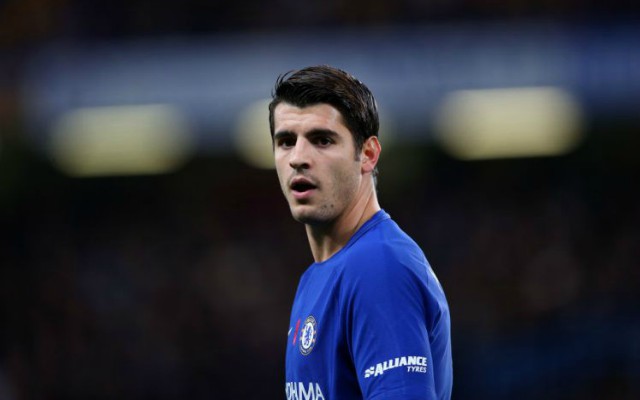 It’s been a difficult season for Alvaro Morata this year, and the Chelsea forward seemingly let his frustration spill over against Barcelona on Wednesday night.

The 25-year-old enjoyed a bright start to life at Chelsea following his summer transfer from Real Madrid, but he’s lost his goalscoring touch in recent months and now has just 12 goals and five assists in 38 appearances in all competitions.

Olivier Giroud was preferred to the Spaniard against Barcelona in the second leg of their last-16 tie of the Champions League at the Nou Camp this week, although he did make an appearance off the bench.

While he was unable to have a decisive impact on the game, one which the Blues lost 3-0 and crashed out of the competition, he did make the headlines for another reason, one which could land him in hot water with the Spanish media calling for action.

As a former Madrid player, it was unsurprising to see Morata targeted by Barcelona fans after he came onto the pitch.

However, it’s down to the players to remain professional and deal with the stick that they receive and respond in a positive manner, in Morata’s case as a striker, with a goal.

Instead, he opted to go for the gesture seen in the tweet below, and it’s fair to say that journalists in Spain have been left unimpressed with his actions.

Morata held his crotch at the fans during the constant booing. [la sexta] pic.twitter.com/AMbgP9cqKA

“Morata’s gesture looks intentional. I hope he’ll be punished,” El Chiringuito pundit Jota Jorda said, as per The Express, while journalist Paco Garcia Caridad noted: “There is no mitigation. It’s Chelsea who has to punish Morata.”

It remains to be seen whether or not any further action is taken against the striker, but he’ll be disappointed more so with how his season is going and will undoubtedly be desperate to rediscover his form and be discussed for more positive reasons moving forward.