Arsenal are reportedly among the clubs in the running to seal the transfer of AC Milan striker Andre Silva less than a year after he joined the club for £34million.

This is according to the Daily Mirror, who also claim Wolves are lining up an ambitious move for the Portugal international as long as they secure promotion to the Premier League for next season.

Silva has long looked one of the top young forwards in European football, though it’s fair to say things have not worked out for him at the San Siro so far

The 22-year-old only scored his first Serie A goal last weekend and could be moved on fairly swiftly as a long list of clubs show an interest.

The Mirror list Arsenal as being among those, along with Wolves, Monaco and Valencia. 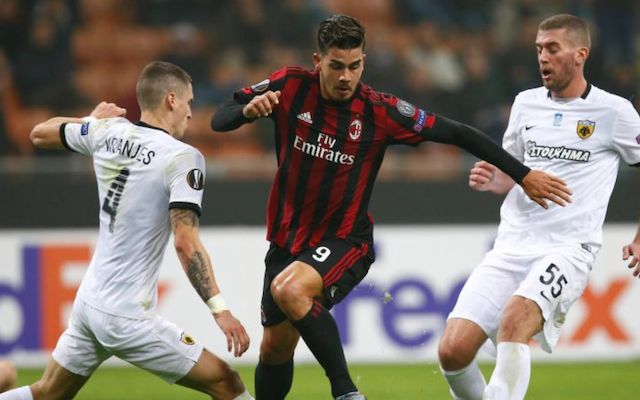 Arsenal don’t exactly look in urgent need of a new striker after signing Pierre-Emerick Aubameyang in January and Alexandre Lacazette in the summer, though neither of those have exactly impressed recently either.

Silva could prove a great purchase if he can recover from this slump and fulfil the potential he showed earlier in his career.