Arsenal have been given a huge transfer boost in their rumoured pursuit of Bordeaux forward Malcom as Bayern Munich deny their interest.

The Gunners were strongly linked with Malcom by the Guardian in January, though the move never materialised as they instead focused their efforts on securing the signings of Henrikh Mkhitaryan and Pierre-Emerick Aubameyang to replace the departing Alexis Sanchez.

Malcom seemingly remains on Arsenal’s agenda, however, with the Metro reporting that Arsene Wenger is a big fan of the Brazilian and that Bayern declaring they’re not in for him is likely to have the club on alert.

In a surprise development, Bayern manager Jupp Heynckes even admitted he hadn’t ever seen the youngster play.

‘I have never seen him play,’ the German tactician said. ‘Therefore, I am not able give an opinion on him.

‘But I don’t think there is interest here. He always gets put into the shopping window but nobody really goes after him.’ 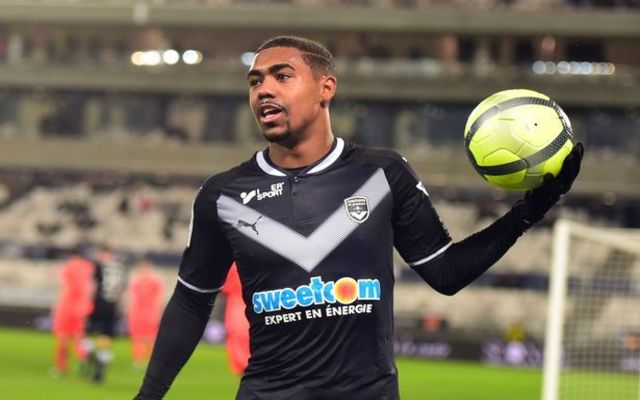 Malcom has shone for Bordeaux to attract transfer interest from Arsenal

There’s no doubt Arsenal still look to be lacking a little something in the final third, with players like Danny Welbeck and Alex Iwobi far from the required standard of such an ambitious club.

Even Alexandre Lacazette has struggled to live up to expectations at the Emirates Stadium, and the signing of Malcom could be a useful one to get the north Londoners back to their best next season.

The 21-year-old looks one of the biggest talents in Europe right now and Bayern’s apparent lack of interest in him should make it easier for Arsenal to poach him this summer.