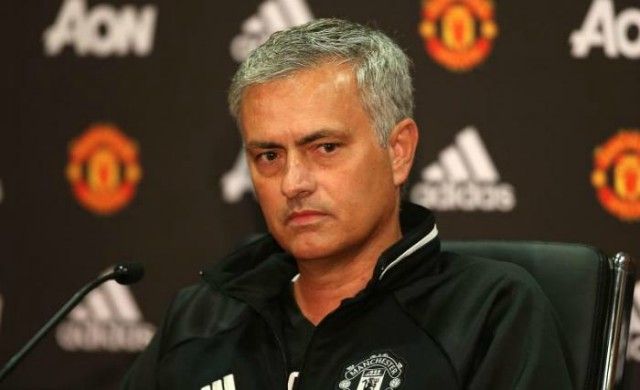 Man Utd boss Jose Mourinho has had a difficult few days to deal with, and he came out fighting on Friday with a lengthy rant in his press conference.

The highs of beating Liverpool at Old Trafford last weekend were quickly forgotten following their defeat to Sevilla in the Champions League.

Aside from the disappointment of crashing out of Europe, it was the manner in which the Red Devils failed which drew plenty of criticism as it was arguably Mourinho’s negatives tactics that made life difficult for themselves.

The Portuguese tactician will be desperate for a positive result this weekend in their FA Cup tie with Brighton, otherwise he could be in the firing line for a little while longer as when his tactics work he’s praised as a genius, but when they fail he is always open to intense criticism.

Here is what he had to say to reporters when asked about the disappointment of the Man Utd supporters after the loss to Sevilla on Tuesday night.

“I say to the fans that the fans are the fans and have the right to their opinions and reactions but there is something that I used to call football heritage,” he said, as quoted by Sky Sports.

“In 2016, comes back to European football, out in the group phase, goes to Europa League and on the second knockout out of the Europa League.

“In 2018, win the group phase with 15 points out of a possible 18 and loses at home in the last 16. So in seven years with four different managers, once not qualify for Europe, twice out in the group phase and the best was the quarter final.

“This is football heritage and if you want to go to the Premier League, the last victory was 2012-13 and in the four consecutive seasons United finish fourth fifth, sixth and seventh.

“So in the last four years the best was fourth. This is football heritage.

“When I arrived in Real Madrid, do you know how many players quarter final of the Champions League? Xabi Alonso with Liverpool, Iker Casillas with Real Madrid and Cristiano Ronaldo with Manchester United. All the others not even a quarter final – that’s football heritage.”

It didn’t stop there either from Mourinho, as he went on to issue a defiant message to his critics that he wasn’t planning on going anywhere and will continue to face the challenge of leading the Red Devils to success in future years.

There was a light-hearted ending where he insisted that he was in fact a ‘happy guy’, although results between now and the end of the season will dictate how often we see that side of his character come out.

For United fans though, while it’s good to see Mourinho come out swinging and showing desire, passion and commitment to get it right at Old Trafford, it will mean little if results don’t improve to an extent where they win major honours again and if his pragmatic approach leads to further poor results and setbacks.

Mourinho refusing to ‘run away’, ready for challenge at Man Utd

“I could be in another country with the league in the pocket, but I am here and I am going to be here and no way am I going to change my mentality.

“I don’t know if you know the expression but there is a code that I like, ‘every wall is a door’. I am not going to run away or disappear or to cry because I heard a few boos, I’m not going to disappear from the tunnel, running immediately. The next match I will be the first to go out. I am not afraid of my responsibilities.”

“When I was 20 I was nobody in football. I was somebody’s son, with a lot of pride, and now at 55 I am what I am and I did what I did because of work and because of talent and my mentality. So they can be together.

“I understand that for many years it was really hard for the people who don’t like me, here he is again, here he wins again. For ten months I win nothing, the last title that I won was ten months ago. I beat Liverpool, Chelsea, I lose against Sevilla and now is their moment to be happy.

“I learn that in my religious formation, be happy with others’ happiness, so be it, I am a really happy guy.”