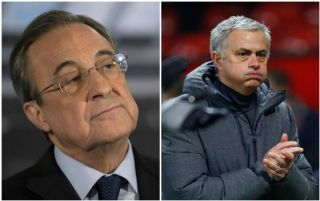 Manchester United could be beaten to the transfer of Juventus forward Paulo Dybala as Real Madrid line up a potential swap deal for the Argentine attacker.

Dybala has impressed at Juve and the Sun claimed a few months ago that United were interested in him but would have to pay £86million to prise him away from the Turin giants.

Since then, TMW have claimed the Red Devils sent scouts to watch Dybala in action for Juventus in the recent Champions League win against Tottenham at Wembley, during which he scored the winning goal.

The 24-year-old would undoubtedly be a fine purchase for any top club, United included, particularly after the poor start made by Alexis Sanchez since his move from Arsenal in January, but Real Madrid could steal a march on their rivals.

Paulo Dybala has been linked with Manchester United and Real Madrid

According to Don Balon, Madrid president Florentino Perez plans to try using Isco in an offer to Juventus in order to persuade them to let Dybala go.

The Spanish playmaker has not been as much of a regular in Zinedine Zidane’s side this term but remains a top class attacker who could shine at a club like Juventus.