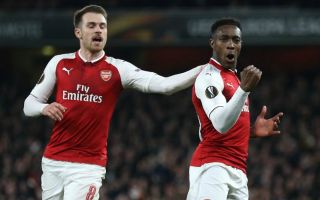 There was a major talking point in Arsenal’s win over AC Milan in the Europa League this week, and it revolved around Danny Welbeck.

The 27-year-old appeared to go down easily with minimal contact from Ricardo Rodriguez, before stepping up to take the penalty himself and converting past Gianluigi Donnarumma.

It came at a crucial time in the tie with Milan having just scored an away goal and pushing to level the scores, but the Welbeck penalty undoubtedly swung the tie back in Arsenal’s favour just before half time.

As per The Guardian, Arsene Wenger insisted that he hadn’t seen the penalty incident and couldn’t comment on it, but he was adamant that he would review the matter and speak with his striker if necessary.

Naturally, Milan were left bitterly disappointed and frustrated having been knocked out of the competition 5-1 on aggregate, with Hakan Calhanoglu particularly scathing of the referee after the game, as noted by ESPN. While they didn’t perform well enough in the first leg at the San Siro, the Welbeck incident was certainly a turning point.

While it won’t make any difference to them now as they’ll have to focus on Serie A and the Coppa Italia final, it’s reported by Sky Sports that UEFA will announce on Monday as to whether Welbeck will face any retrospective action for his alleged dive.

It’s added that the incident is under review, but it remains to be seen if any further action is taken as Arsenal will be given a nervous wait for an update.

With Pierre-Emerick Aubameyang ineligible in the Europa League and Alexandre Lacazette currently sidelined by injury, the last thing that Wenger needs is for Welbeck to also be ruled out of being able to feature as it will leave him short up front.

Arsenal were drawn against CSKA Moscow in the quarter-finals of the Europa League on Friday, with the games to be played early next month.