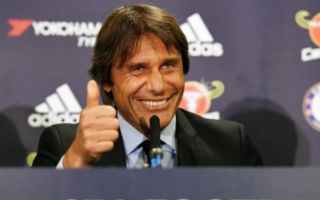 Chelsea fans took to social media to let their happiness be known about Antonio Conte’s decision to drop Belgian goalkeeper Thibaut Courtois for his side’s clash against Leicester City in the FA Cup.

The Blues team, which was announced by the club’s official Twitter account, doesn’t feature the Belgian at all, with Conte preferring to go with Willy Caballero and Eduardo as his two ‘keepers for today’s match against the Foxes.

Courtois, unlike most of his Blues teammates, performed poorly during his side’s tie against Barcelona in the Champions League on Wednesday, with most fans blaming his poor positioning and reactions as the reason for their side conceding two of the three goals that they did.

Before the match, fans seemed to be absolutely over the moon after seeing that the former Atletico Madrid shot-stopper had been left out of Antonio Conte’s starting eleven to take on Claude Puel’s team.

Here are a few select tweets from fans exerting their joy at the fact that Courtois has been dropped for this evening’s affair at the King Power Stadium.

Courtois not even on the bench. Good. COME ON CHELSEA! #CFC https://t.co/QGl6YsftAG

Nice to see team without courtois

Courtois not even on the bench ?