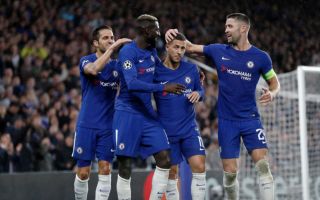 Chelsea fans were absolutely furious with Tiemoue Bakayoko’s performance against Leicester City in the FA Cup quarter finals this evening.

The Blues took the lead thanks to Alvaro Morata’s first goal in 13 appearances, however a tap-in from Jamie Vardy levelled the scores with just over 10 minutes left.

MORE: Good news for Chelsea: boss Antonio Conte dismisses talk of departure for Blues stars should side fail to qualify for Champions League

The away side then went ahead thanks to a header from Spaniard Pedro, after the former Barcelona man was allowed to score thanks to a superb cross from Frenchman N’Golo Kante.

During the match, fans took to social media to hammer the performance of France international Tiemoue Bakayoko, who joined the club from Monaco for £40M in the summer as per the Evening Standard.

The midfielder subbed off at half time by manager Antonio Conte, so it seems as if even his own manager thought he wasn’t playing very well!

Here are a few select tweets from fans slating the 23-year-old for his horrid display tonight.

Bakayoko is the worst signing of the season. Comfortably.

Bakayoko back to losing the ball in midfield..

Fabregas on for Bakayoko. Thank God.

Bakayoko will not live long.

No one can be this atrocious as a footballer.

That corner flag has played better than Bakayoko…

Bakayoko giving me flashbacks of that night at Watford.