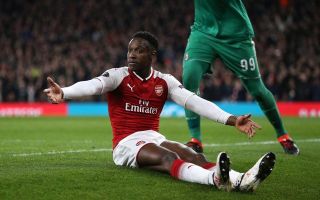 Arsenal forward Danny Welbeck will not face any retrospective action from UEFA after his ‘dive’ against AC Milan in their last-16 clash.

The 27-year-old went down from a challenge from defender Ricardo Rodriguez, and after a moment’s hesitation, the officials opted to award the penalty which Welbeck took and converted.

It came just after Hakan Calhanoglu had given the visitors an away goal at the Emirates to make it 2-1 in the tie, but the momentum undoubtedly swung back Arsenal’s favour thereafter as Gianluigi Donnarumma was booked for his protests amid angry scenes from the visiting players.

As reported by Sky Sports, despite all the furore and controversy it caused with pundits and supporters alike all having their say, UEFA has opted not to take any further action on the incident after reviewing it.

That will be a massive relief for Arsenal and Arsene Wenger, as with Pierre-Emerick Aubameyang ineligible to feature in the competition and with Alexandre Lacazette still sidelined due to injury, they’ll need Welbeck available to lead the line.

The England international scored twice in the second leg at the Emirates, and following on from this ruling from UEFA, he’ll now be available to play against CSKA Moscow in the quarter-finals.

The first leg of the encounter will be played at the Emirates on April 5, with the return leg in Russia a week later.

BT skirting around calling it what it actually is
: a dive. Because a Danny Welbeck dive doesn’t fit the narrative, like Dele Alli diving does pic.twitter.com/BZArrD0EhP