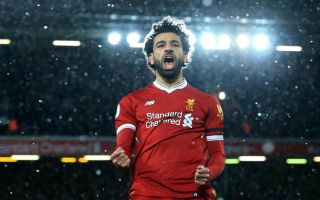 There was a busy weekend of football as fans were treated to both Premier League and FA Cup action, and BBC pundit Garth Crooks has picked his best of the bunch.

It’s difficult to start anywhere else other than with Liverpool talisman Mohamed Salah. The 25-year-old bagged four in a sensational display against Watford, taking his tally to 36 goals in 41 appearances this season.

The Egyptian winger has been a revelation for Liverpool, and with another star performance like this one, he’s undoubtedly becoming a hero for the Anfield faithful and continues to lead their charge to secure an all-important top four finish.

He’s joined by teammate Andy Robertson who has also established himself as a fan favourite, as he continues to put in brilliant shifts at left-back.

Defensively sound with a tireless work ethic and a great left foot, Jurgen Klopp may well have found himself a real star to fill that role for the foreseeable future.

Elsewhere, Man Utd booked their spot in the FA Cup semi-finals with a win over Brighton, and the only player to escape criticism from Jose Mourinho makes the cut with Crooks.

As noted by Goal.com, Mourinho was critical of his players again despite the victory, but Nemanja Matic was singled out for praise as he not only continues to play a fundamental role in midfield, but he also managed to get on the scoresheet too.

Romelu Lukaku was also on the mark, and he joins Salah and Everton forward Cenk Tosun who scored twice in the win over Stoke City, having had just three shots on target in the game.

Michel Vorm and Christian Eriksen ensure Tottenham are well represented after they saw off Swansea City in their FA Cup quarter-final meeting, while Cedric Soares put in a great shift for Southampton as they also advanced in the competition.

Cesar Azpilicueta stood out for Crooks as Chelsea defeated Leicester City in a hard-fought cup tie as the Spaniard continues to be a reliable and consistent force at the back for the Blues, and the line-up is completed with Crystal Palace pair James Tomkins and Luka Milivojevic.

It seems a bit more than a coincidence that Crooks has just gone with the two players that scored against Huddersfield, but it was a vital win for the Eagles in the battle at the bottom of the Premier League table and so perhaps it can’t be argued too much.

There’s a good mix in this week’s team in terms of looking outside of the top teams, albeit some of them weren’t even in action anyway. However, there will undoubtedly be fans who are not impressed with some key snubs as always. Agree with the XI below? 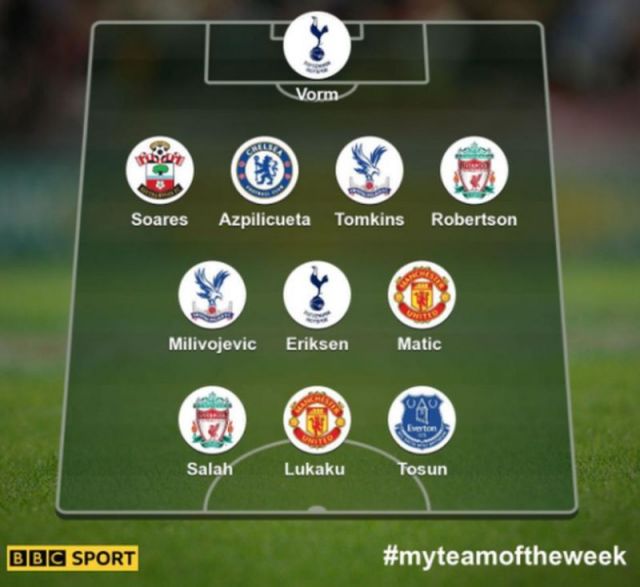