Chelsea and Arsenal are reportedly chasing the transfer of unsettled Manchester United left-back Luke Shaw ahead of the summer.

The England international is unsettled at Old Trafford at the moment, with the Daily Mirror claiming both Chelsea and Arsenal are on alert as he looks to complain to Ed Woodward about his treatment from Jose Mourinho.

Shaw could do well to move on from United after failing to gain regular first-team football, and another report suggests he’s leaning towards joining Chelsea.

The 22-year-old is a boyhood Blues supporter, and the Daily Mail claim he’d be keen to make the switch to Stamford Bridge unless Mourinho leaves his position as Red Devils boss.

Chelsea don’t exactly look short of options at left-back right now, but Shaw’s potential makes him a promising signing for any top club if he does become available this summer. 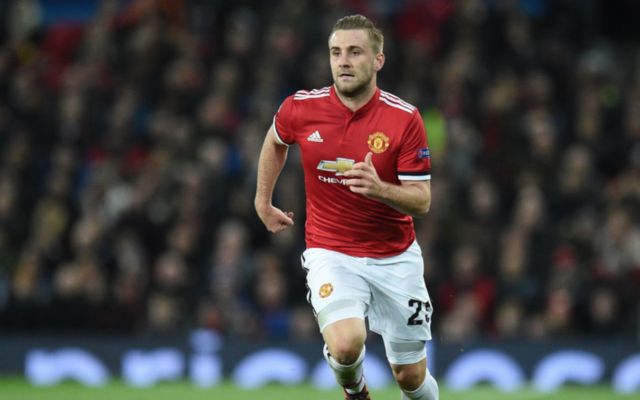 Don Balon recently linked Marcos Alonso with Real Madrid, so it may be that Shaw would make his way to Chelsea as a replacement for the Spaniard.

An attack-minded and fast full-back, Shaw could be ideal to play wing-back in Chelsea’s tactical system.

Arsenal could also benefit from a player like Shaw in their squad as Sead Kolasinac has been in and out of the team this season and Nacho Monreal is not the youngest and now often plays centre-back anyway.