Italian giants AC Milan are reportedly willing to fork out €36M in order to secure the services of Man United and Spain midfielder Ander Herrera.

This is according to Spanish news outlet Mundo Deportivo, who state that Seria A outfit are willing to fork out big money in order to bring the former Athletic Bilbao midfielder to the San Siro.

The news outlet are also stating that both Atletico Madrid and Valencia could be interested in the 28-year-old, meaning that Milan could have some competition on their hands in the race to sign the Spaniard. 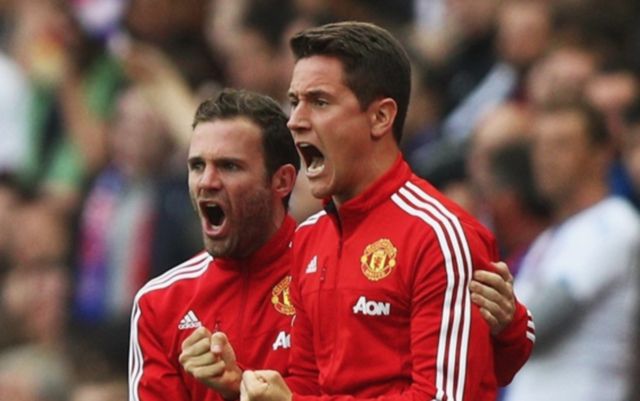 Since moving to the club from Spanish outfit Athletic Bilbao in the summer of 2014, Herrera has managed to make a good impression at Old Trafford.

In 152 appearances for the Red Devils, the Spanish international has managed to clock up a total of 16 goals and 23 assists, a decent return for a central midfielder.

The arrival of stars such as Paul Pogba has meant that Herrer has had to change his play style these past few seasons in order to allow his United teammates to flourish.

Herrera’s willingness to defend and quality physical prowess has seen some label him as one of the most important players in Jose Mourinho’s side, and for good reason.

Should United be willing to sell Herrera, it’ll be interesting to see who the Red Devils go for to replace the midfielder.