Man United are reportedly set to go head-to-head with fierce local rivals Manchester City in the race to secure the transfer of £50M-rated Bayern Munich and Germany star Jerome Boateng.

This is according to the Sun, who are stating that Jose Mourinho’s side are keen to improve their defence in the summer, and that both Real Madrid and Barcelona are also keen on signing the Bayern ace.

The news outlet are also reporting that the German international is valued at £50M, so it seems as if both side will have to fork out a fair bit if they are to land the defender. 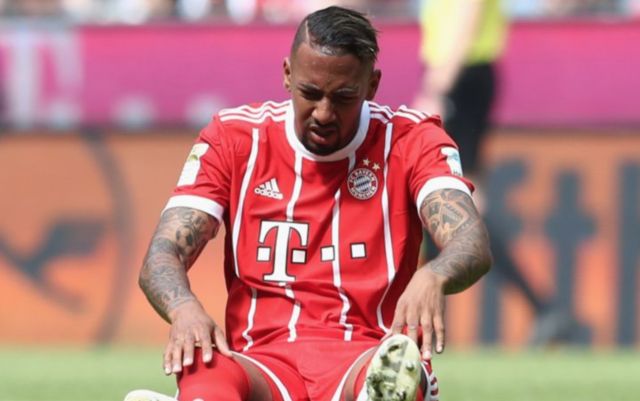 Since moving to Germany from Man City in the summer of 2011, Boateng has managed to establish himself as one of the best defenders on the planet.

During his time in Bavaria, the defender has managed to amass a total of 251 appearances for Jup Heynckes’ side, scoring eight and assisting 20 in the process.

The player has also managed to make his mark on the international stage, with the German international being a part of the Germany side that came away from the 2014 World Cup victorious, as Die Mannschaft beat Argentina 1-0 in the final.

Boateng’s superb physical presence and fantastic ability on the ball has seen a large portion of fans label him as one of the greatest defenders on the planet.

Should Man United wish to secure Boateng, it’ll be interesting to see if they manage to beat Man City, Real Madrid and Barcelona to the signing of the German.