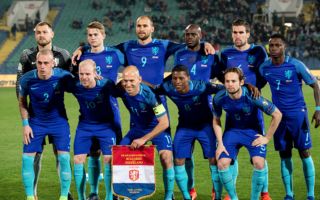 An argument could be made that Barcelona lack quality in depth in defence, and reports suggest that they could be set to address that issue in the transfer market.

On paper, it doesn’t seem like a major concern. The Catalan giants have conceded just 13 goals in 29 La Liga games this season, giving them the best defensive record in the league.

That has undoubtedly helped them stay unbeaten, while it’s been a pivotal part in their success in other competitions too having booked a Copa del Rey final date and a place in the quarter-finals of the Champions League.

Samuel Umtiti and Gerard Pique has been crucial to that, striking up a great partnership in the heart of the defence. However, beyond those two, question marks surely have to be raised over their back-up.

An inexperienced Yerry Mina is still settling after his January move and could take time to adapt, while injury-prone veteran Thomas Vermaelen isn’t quite the most reliable option even if he has stepped in and done a job for Ernesto Valverde this season.

In turn, according to Mundo Deportivo, Barcelona will send scouts to watch Ajax and Netherlands defender Matthijs de Ligt in action for the latter when he takes on England at Wembley on Friday night, as well as against Portugal next week.

They arguably couldn’t be looking in a better place as the Dutch starlet has all the attributes required to succeed at the Nou Camp, with his defensive abilities, technical quality and room for improvement making him a great fit for Barcelona.

He’s made 48 appearances for the senior Ajax side despite still only being 18, and so while the Dutch giants are convinced of his talent and won’t want to lose him so early on his career, it could be difficult to persuade him to ignore interest from Barcelona.

If he wishes to continue to play regularly and improve first though, perhaps it would be sensible to stay in his homeland for the time being.