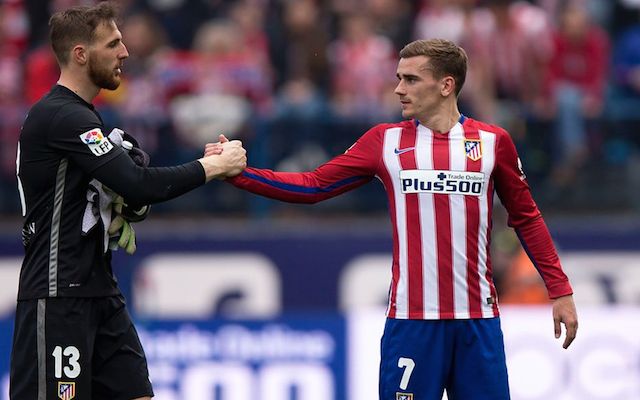 With question marks over the goalkeeper position at Arsenal, Liverpool and other Euro giants, they will all arguably be paying close attention to Jan Oblak.

The 25-year-old has established himself as one of the top shot-stoppers in Europe, making 149 appearances for Atletico Madrid since joining in 2014, while he’s kept an impressive 22 clean sheets in 36 games this season.

In turn, that alone is enough to suggest that he should be on the radar of the top clubs, but according to the Evening Standard, Arsenal, Liverpool, Real Madrid and Paris Saint-Germain are all specifically named as being interested in the Slovakian international.

Oblak has now fuelled that speculation further when discussing his future plans.

“It’s tough to discuss the future. It’s not easy to talk about what’s going to happen tomorrow never mind what will happen next season, but I am calm and the situation depends on Atletico – nobody knows the future.

“I have a contract that I signed two years ago, but now I must wait to see what Atleti’s plan is.”

With Petr Cech set to turn 36 this May, Arsenal need a long-term replacement to step in and fill that void for him, thus explaining why Oblak would be of interest as he would certainly fit the bill.

Meanwhile, Liverpool have had trouble deciding between Simon Mignolet and Loris Karius as their number one choice, albeit the latter has now seemingly won that battle having started the last nine consecutive Premier League games.

Whether he’s done enough to entirely convince Jurgen Klopp remains to be seen, but as per this report, Liverpool may still hold an interest and Oblak has remained coy and done little to rule out a potential exit by placing the emphasis on Atleti.