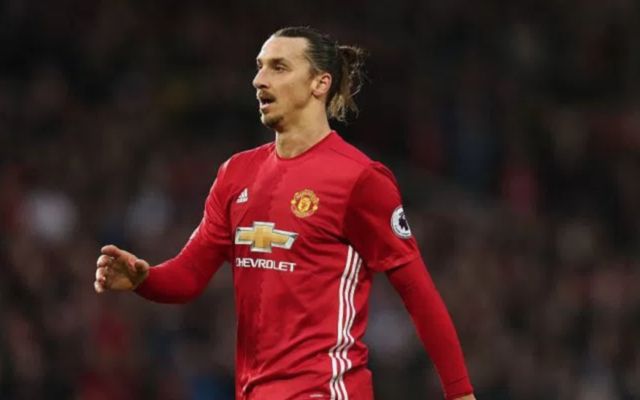 Zlatan Ibrahimovic was released from Manchester Utd yesterday after winning three trophies at the club and scoring 29 goals in 53 appearances for the club.

United broke the news of Zlatan’s departure with a short statement on their official website. It read: “Manchester United confirms that it has agreed to the termination of Zlatan Ibrahimovic’s contract with immediate effect.

“Everyone at the club would like to thank Zlatan for his contribution to the team since his arrival and wishes him well for the future.”

According to reports, Ibrahimovic’s move to Major League Soccer club LA Galaxy after leaving Manchester United has been announced in an advert in the LA Times.

The mercurial Swede leaves the Old Trafford club with some fantastic memories of his trademark panache, flair, confidence and of course, unforgettable quotes. Here are some of the best of them.

1. “I admire Cantona and I heard what he said. But I won’t be King of Manchester. I will be God of Manchester.” – In response to Cantona’s comments that he would be the prince of Manchester.

2. “I have no individual targets because that I did already, after three months in England. I conquered England – it took three months.”

[Zlatan Ibrahimovic]: “Bought me? I came for free. They bought you!”

5. “It seems that the older I get, the more intelligent I get… The game is improving, I am getting better and better and like I said, I feel like Benjamin Button – I was born old and I will die young!”

7. “It will be put in the museum. I have a house only for the medals.”

8. “He is the Ibrahimovic of martial arts… and I’m the McGregor of the football world.” – on Conor McGregor

10. “I’ve met a lot of City fans but they became United supporters when they met me!”