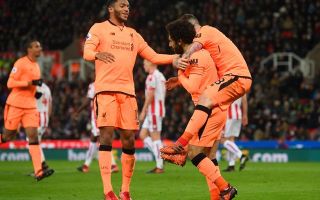 Liverpool will be hopeful that defender Joe Gomez hasn’t suffered a serious setback after picking up a problem on England duty.

The 20-year-old got the nod from Gareth Southgate in his starting line-up against the Netherlands on Friday night, but in a bitter blow, he lasted just six minutes before being forced off with an ankle injury, as per The Mirror.

While that in itself will be a huge disappointment for him given that he would have been desperate to impress and secure his place in the squad heading for Russia this summer for the World Cup, it will raise concern levels at Liverpool with Jurgen Klopp too.

Gomez has made 29 appearances in all competitions this season as he has been a crucial part of the German tactician’s plans, and so with the season run-in coming up, he will have been desperate to avoid seeing any of his players pick up problems during the international break.

The Reds will now wait for him to return so that they can carry out further tests and scans to determine the full extent of the problem, and the youngster will undoubtedly be hoping that a more positive picture is painted given that this is arguably the worst time this season to suffer an injury setback.

England went on to win against the Netherlands in Amsterdam with Jesse Lingard’s goal separating the two sides. However, with another friendly coming up against Italy at Wembley next week, it looks as though Southgate will have to send back one member of his squad with concerns over how long it’ll take before he’s back available for his club to now deal with.