A world superstar is reportedly ready to take a pay cut in order to secure a move to Barcelona instead of Manchester United.

Antoine Griezmann will reportedly take a pay cut in order to leave Atletico Madrid for Barcelona rather than Manchester United.

The news comes from a report from the Sun who have cited a newspaper report from Spanish outlet Sport, which states that the French forward is prepared to compromise his wage demands to move to Barca rather than Manchester United. 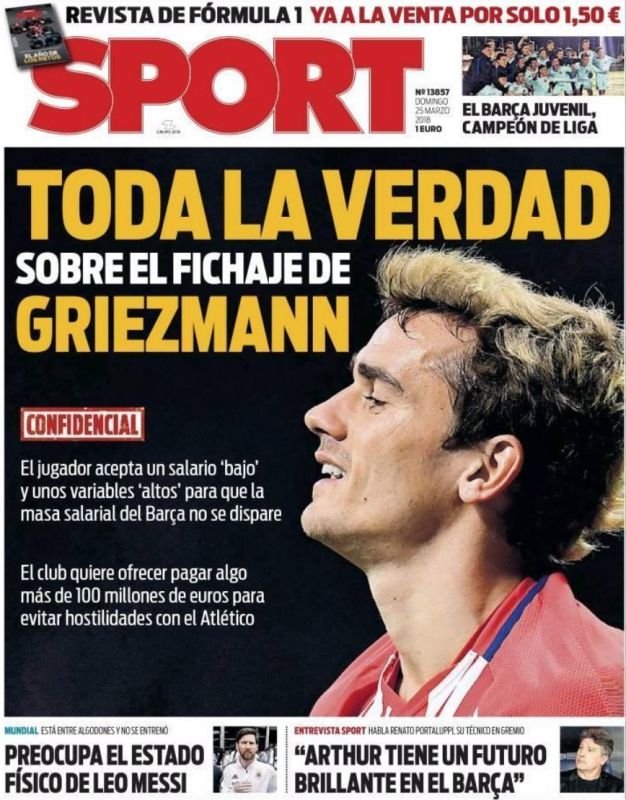 The report states that Griezmann is looking for a wage of £193,000-a-week. However, Barcelona are reportedly reluctant to match the Frenchman’s demands. Therefore, Griezmann would accept a pay compromise in order to have his future at the Camp Nou rather than Old Trafford.

Griezmann has been heavily linked with a move away from La Liga giants Atletico Madrid this summer and Goal have reported that the French forward is likely to have a release clause of €100m.

The 27-year-old has been at Atletico since 2014 and in that time has established himself as one of the world’s most talented forwards. Griezmann joins an illustrious line of players who have grown to become extremely talented forwards while at Atletico which includes the likes of Sergio Aguero, Fernando Torres and Diego Costa.

Griezmann has featured in a Champions League final for Atletico and was even awarded the golden boot during the European Championships in 2014.