Man United could face competition from Atletico Madrid in the race to seal the transfer of England and Everton goalkeeper Jordan Pickford.

Don Balon have stated that, as re-reported by the Daily Star, that Atleti boss Diego Simeone is preparing for life without current first choice ‘keeper Jan Oblak, and that they could swoop for Pickford if the Slovenian does depart.

MORE: Neymar to Manchester United transfer could be on as PSG eye Chelsea & Liverpool stars as replacements

The Sun have reported in the past that Man United could move for Pickford is David De Gea leaves Old Trafford, and that the player could set them back as much as £50M if they decide to move for him. 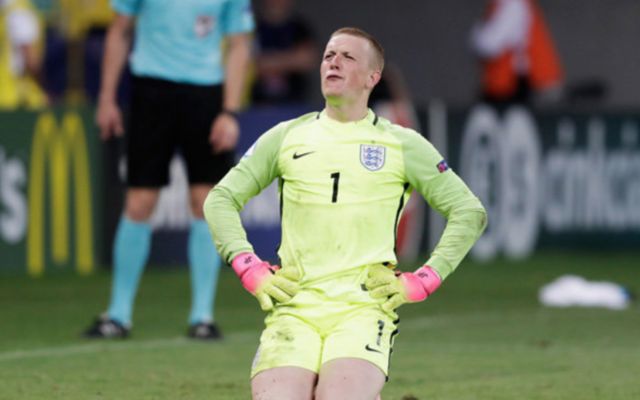 Pickford has impressed fans and critics alike since bursting onto the footballing scene with Sunderland a few seasons ago.

The England international’s fantastic reaction and ability to pick out any teammate from goal kicks has seen some label him as the future of English goalkeeping, and for good reason.

Pickford’s recent performances saw him handed a starting role in the Three Lions’ most recent 1-0 friendly win over the Netherlands, in a game where he was tested very little.

Should both De Gea and Oblak secure summer transfers, we could very well see United and Atleti do battle in the race to secure Pickford’s signature.