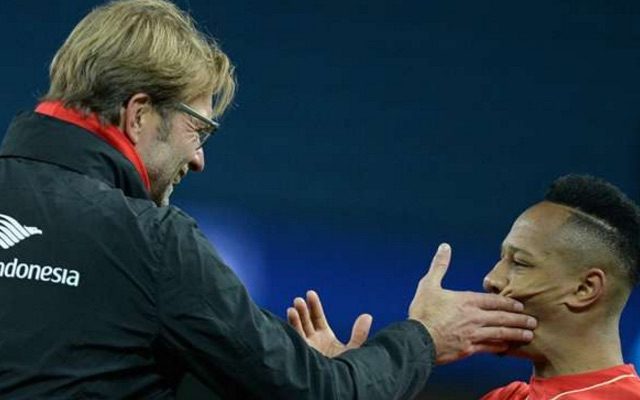 With the international break finally over, domestic action gets back underway starting with Liverpool’s trip to Selhurst Park to take on Crystal Palace on Saturday afternoon.

The Reds will be hoping to put the pressure on rivals Man Utd by surpassing them into second place in the Premier League standings with a win, albeit Jose Mourinho’s men will have two games in hand.

Nevertheless, with seven points separating them and fifth-placed Chelsea, Jurgen Klopp will also still be looking over his shoulder as they continue to battle for an all-important Champions League qualification spot.

The German tactician would have been concerned about his injury issues heading into this one, especially after Joe Gomez picked up a problem while on duty with England over the break.

However, he could be tempted to hand Nathaniel Clyne a starting berth against the Eagles, as he has finally returned from a troublesome back injury which has kept him sidelined all season.

“Clyne is fine now. That’s good,” Klopp is quoted as saying by The Independent. “He played during the international break for the Under-23s. He’s in good shape so he will be part of the squad for tomorrow at least.

“He has been back for a few weeks already but he has come closer and closer. He is a very good option.”

The report goes on to make a very important point. With the Champions League quarter-final tie against Manchester City approaching, Klopp has a headache.

While Trent Alexander-Arnold has impressed this season, he has been caught out defensively, especially in the big games as seen away at Man Utd earlier this month.

In turn, with Gomez sidelined, it will be imperative to have Clyne back available against City, but it’s also a risk to throw him straight back into the mix against Pep Guardiola’s side in such an important outing.

Ideally, Klopp will want to see Clyne get minutes under his belt against Palace, and so Liverpool fans will be hoping to see him back in action for as long as he has in his legs this weekend to give them a real boost heading into that huge European showdown.