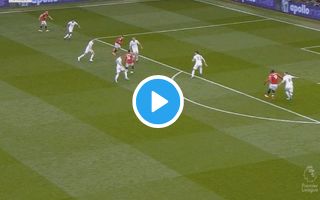 READ ALSO: Why Jose Mourinho WILL NOT strengthen THIS area of Man Utd squad this summer

Lukaku opened the scoring for Manchester United on the 5th minute as Jose Mourinho’s side got off to a dream start.

It was the Belgian striker’s 100th goal of the season and both Jesse Lingard and Alexis Sanchex were involved in the build up.

Lingard picked up the ball for United before slipping the ball through to Alexis Sanchez who found Lukaku in a fantastic position picked up from the United number nine.

Lukaku’s shot was deflected off of Swansea defender Alfie Mawson before beating Polish goalkeeper Lukas Fabianski in the Swansea goal.

Lukaku has continued fine form from the international break earlier in the week with today’s goal and now joins an exclusive and illustrious club as one of the few Premier League players to have scored 100 goals. Further, Lukaku is the first ever Belgian player to have reached the landmark.

Belgium hosted Saudi Arabia at home on Tuesday night in an international friendly and the Man United star took the opportunity to pad his stats with a first-half brace during a 4-0 win.