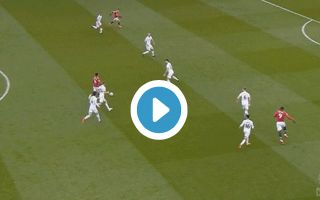 Alexis Sanchez doubled the Manchester United lead at home to Swansea after just 20 minutes having already assisted a Lukaku opener.

Alexis Sanchez had a blistering start to Manchester United’s clash with Swansea at Old Trafford.

The Chilean forward assisted Lukaku’s opener on the 5th minute as Jose Mourinho’s side got off to a dream start.

Jesse Lingard picked up the ball for United before threading through a wide ball to Sanchez who squared an opportunity for Lukaku. The Belgian striker needed just two touches to score his 100th Premier League goal. Lukaku became the first ever Belgian to reach the illustrious landmark.

Sanchez then turned from provider to goalscorer for Mourinho’s side just 15 minutes later.

Jesse Lingard was once again involved in the build-up as the young England star carries his fine international form from last weekend into today’s clash.

Lingard scored his first ever England goal just eight days ago as England traveled to Amsterdam to face Holland with Lingard grabbing the winner.

It was a clever nutmeg from Lingard that helped to set-up Sanchez’s goal today for United.

Watch below as Sanchez doubles United’s lead on the 20th minute putting an end to a lack of goals in recent weeks for the Red Devils.

Alexis Sanchez. Now you see the ball, now you don’t. An emphatic finish that gives the keeper no chance! pic.twitter.com/Qa9JZEfbPM